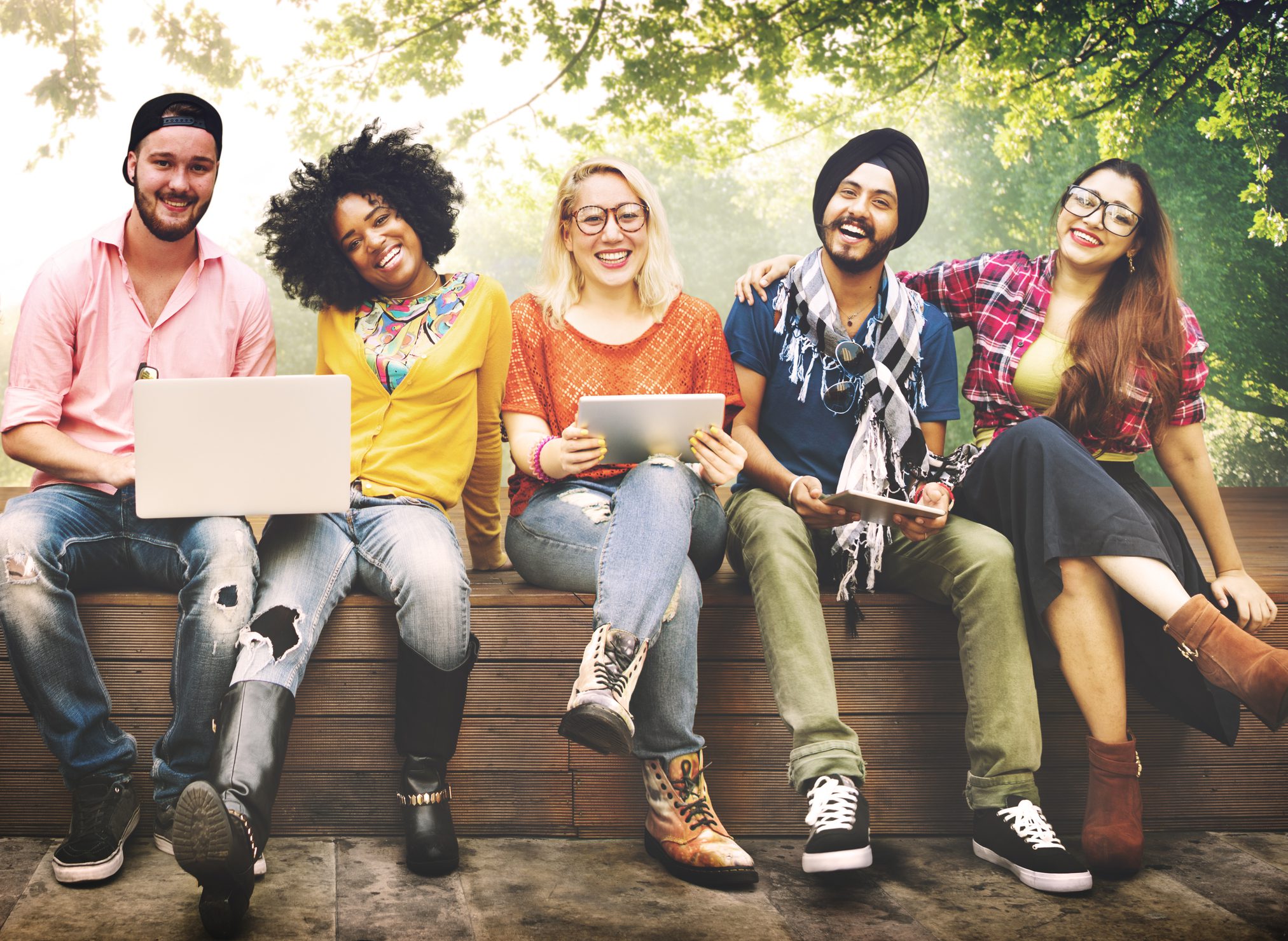 Who Are Gen Z?

Generation Z, more commonly known as Gen Z, is a generational cohort currently consisting of preteens, adolescents, and young adults. They are situated between the Millennial generation (Generation Y) and Generation Alpha. Gen Z is known by multiple names, including:

When Was Gen Z Born?

Most experts agree that people in Gen Z were born somewhere between the mid-1990s and early 2010s. The specific date range is still up for debate.

Earliest birth years for Gen Z tend to fluctuate between 1995 and 1997, while final qualifying years range from 2009 to 2011. Some notable institutions, such as Pew Research Center, have not yet finalized an end date for Gen Z. This is common for generations closest to the present day.

Older Gen Zers may belong to the Zillennial microgeneration, which exists at the cutoff point between Millennials and Gen Z. The date range for Zillennials is up for debate. The earliest birth year typically ranges between 1992–1995, while the latest is set somewhere between 1998–2000.

No cusper generation between Gen Z and Generation Alpha has yet been identified. Based on previous microgenerations, one may eventually emerge for those born in the late 2000s and early 2010s.

How Does Gen Z Talk About Mental Health?

In general, Gen Z is more open to talking about and seeking help for their mental health. Therapy is less stigmatized, with 37% reporting to the APA that they have received treatment from a mental health professional.

Gen Z has a greater awareness of mental health in general. Many Zoomers also have a stronger grasp of psychological words and phrases than individuals from other generations. Terms like “anxiety,” “depression,” “panic attack,” “dissociation,” and “executive dysfunction” are often used casually on various apps and social media platforms, such as TikTok and Twitter.

However, as these terms enter the mainstream, some of their clinical meaning is lost in favor of inaccurate generalizations. “Dissociating,” for example, is used by many Gen Zers, not as a specific symptom of mental illness, but as a synonym for “daydreaming” or “zoning out.” Although mental health stigma is decreasing, the fight against mental health misinformation continues.

According to a study in the Journal of Abnormal Psychology, levels of depression have increased for teenagers and young adults.

In 2005, only 8.7% of Millennials aged 12–17 reported experiencing a major depressive episode in the past year. In 2017, 13.2% of Gen Zers in the same age group experienced major depression. Rates of psychological distress and suicidal ideation have also increased for individuals aged 12–25.

Keep in mind that statistics based on self-reporting reflect not only increases in certain conditions in the population at large, but also increases in awareness and accessibility. As the stigma around depression decreases and more people have access to mental healthcare providers, rates of diagnosis will naturally increase.

Why Is Gen Z Depressed?

Less than half of Gen Z (45%) said they had very good or excellent mental health, according to the APA. This makes Gen Z the generation with the lowest self-reported mental health, with majorities of all other generations (ranging from 51% of Gen X to 74% of adults in the Silent Generation or older) reporting more positive levels of mental health.

Stress is a huge factor in Gen Z’s mental health struggles. About nine in 10 Gen Z adults (ages 18–23) have experienced at least one physical or emotional symptom of stress.

Is Anxiety on the Rise?

Little publicly available research has yet been done on official rates of anxiety among Gen Z. According to the National Institute of Mental Health (NIMH), one in every three teenagers (aged 13–18) will experience an anxiety disorder. However, this research is based on a study from 2001–2004, making anyone who was surveyed part of the Millennial generation, not Gen Z.

The American Academy of Pediatrics states that anxiety disorders in children and teens increased 20% from 2007 to 2012. Research based on these years would include children and young adults from both the Millennial generation and Gen Z.

Rates of depression, suicidal ideation, and other forms of psychological distress have increased for Gen Z, especially after the COVID-19 pandemic. Since these conditions often occur alongside anxiety, it’s safe to say that anxiety may be on the rise for Gen Z. However, more research is needed to determine if Gen Z anxiety levels outpace those experienced by Millennials, who are currently recognized as the most anxious generation.

Almost all teenagers use social media. According to Pew Research Center, a whopping 95% of teenagers aged 13 to 17 have a smartphone. 97% are on at least one of seven major platforms (YouTube, Instagram, Snapchat, Facebook, Twitter, Tumblr, and Reddit—the survey was conducted in 2018 before TikTok became one of the top 5 most popular social platforms for Gen Z). Additionally, 89% of teens said they were online either several times a day or “almost constantly.”

Social media presents unique mental health opportunities and challenges for Gen Z. During the COVID-19 pandemic, the internet and social media have been lifelines for the social lives of teenagers and young adults. Many events typically associated with relationships and connection—birthday parties, happy hours, game nights, holidays—moved online out of necessity. The popularity of online therapy also skyrocketed.

However, the mental health risks and challenges of the internet and social media should not be underestimated. Bullying, comparison, perfectionism, gossip, outrage media, and doomscrolling can cause, exacerbate, or otherwise contribute to serious mental health problems, such as:

Generations are not the same as stages of life. Although today’s teenagers are Gen Zers, Gen Z itself will continue to grow into adulthood, middle age, and eventually old age, while new generations will undergo the growing pains of adolescence.

Still, it is important to take into account stages of life when discussing generations. Some mental health trends are more greatly associated with a specific stage of life (e.g., struggling with mood swings during puberty) rather than shared experiences during a specific stage of life (e.g., living through the Great Recession during puberty). Many of the mental health challenges facing Gen Z, for example, are the same mental health challenges that Millennials, Gen Xers, Baby Boomers, and the Silent Generation faced during their own adolescence.