At Give an Hour, therapists extend their reach to veterans in need 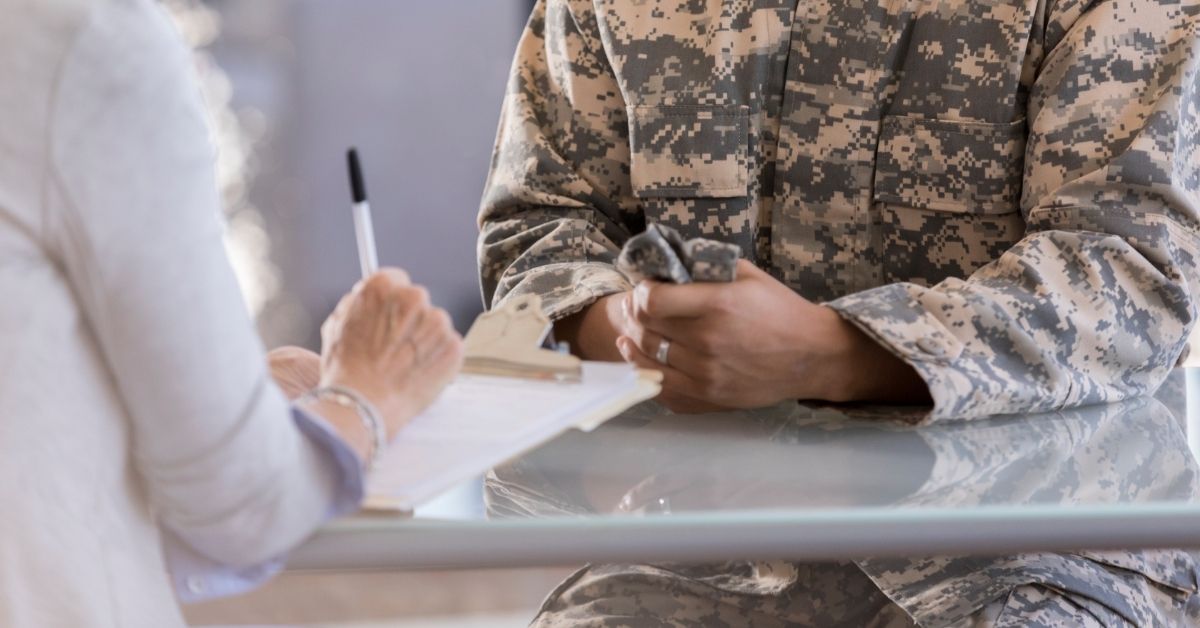 Justin Constantine doesn’t remember much from the day a sniper’s bullet tore through the back of his left ear and exited the front of his mouth as he walked down a dusty road in Iraq in 2006. He doesn’t remember trying to push off fellow soldiers as they attempted to staunch his bleeding and perform an emergency tracheotomy. And he doesn’t remember bits and pieces of his stay in Germany’s Landstuhl hospital days later, where—heavily medicated—he told his wife they should go sightseeing. After all, they’d never been to Germany before.

But for Constantine, the struggle that followed years later was a much more vivid experience. He found himself increasingly filled with seemingly random outbursts of anger, constant hypervigilance, and terrifying nightmares, which undermined his relationships and work life.

In 2008, Constantine turned to the Veterans Association (VA) for help. The VA offers counseling to all returning troops, but their therapists had limited daytime hours, conflicting with Constantine’s work schedule. “Impersonal and brief” is how Constantine describes his initial meeting with a non-VA therapist later recommended by the association. “He didn’t even look me in the eye. Didn’t even look up from his checklist.”

Finally, in 2009, Constantine found the support he’d been looking for. At a Red Cross event, he met a psychologist named Barbara Van Dahlen, four years after she built a fledgling organization called Give an Hour. The mission behind Give an Hour was simple: Van Dahlen had created a nationwide network of therapists who’d committed one hour a week to doing free counseling with members of the military and their families. Using an online database, prospective clients could easily locate a nearby therapist who specialized in treating whatever problem they needed help with. And to assist clinicians unaccustomed to military culture, Give an Hour provided them with resources to familiarize themselves with the culture of different military branches and with common problems returning vets were facing, including posttraumatic stress, traumatic brain injury, combat trauma, and sexual trauma.

For Constantine, the chance meeting with Van Dahlen was a godsend. Within weeks, he was matched with a suitable clinician who had experience working with military families, lived only 10 minutes away, and could see Constantine in the evenings. Midway through his successful 18-month treatment, Van Dahlen asked Constantine to join Give an Hour’s Board of Directors and help her spread the organization’s mission, speaking on behalf of veterans like himself who could’ve easily slipped through the cracks.

“Justin never presented himself as a war hero,” says Van Dahlen. “He had a rare honesty and authenticity about what had happened to him and what the recovery process was like. He was exactly who we were looking for.”

A grateful Constantine readily accepted Van Dahlen’s proposal, since the free therapy had been crucial to his recovery. “If the cost had been coming out of my pocket, I probably wouldn’t have attended the sessions,” he says.

Constantine is one of tens of thousands of clients who’ve been served by the nearly 7,000 social workers, psychotherapists, psychiatrists, couples therapists, and substance abuse counselors assisting Give an Hour. To date, Give an Hour clinicians have provided more than 185,000 hours of care. Besides offering free services, they often go the extra mile, offering to hold sessions in vets’ homes, or driving to see them when the vets can’t afford gas. And while some clinicians say they once believed paying a fee enhances clients’ motivation to succeed in therapy, they’ve since discovered that pro bono therapy can be no less transformative, for clients and themselves. In fact, many say doing this work lets them enhance their therapeutic skills by working with a population they might otherwise never have the opportunity to treat.

“When our providers go out into the community, it’s a very different look and feel compared to what they might encounter in their typical practice,” says Van Dahlen. “It’s stretching ourselves as clinicians that keeps us excited and fresh.”

Van Dahlen’s inspiration for Give an Hour came on a hot summer afternoon while she was driving her two daughters, then 9 and 5, home from swim practice. As the three caught sight of a homeless veteran in ragged combat fatigues begging for change on the side of the road, her oldest daughter erupted with outrage. “Mommy, we’re the richest country in the world,” she exclaimed. “Why is that veteran homeless when he served our country like Grandpa?” The comment jolted Van Dahlen into action. “In that moment,” she recalls, “my daughter Gracie inspired me.”

Over the following weeks, while her daughters ran up and down the aisles, Van Dahlen sat on the floor of her local Barnes & Noble, rifling through as many how-to books as she could find on starting nonprofits. It wasn’t an easy undertaking for a single mother who was managing two therapy practices in Washington, DC, and Virginia, but Van Dahlen eventually assembled a shortlist of 20 staff members she wanted to bring on board. Gathering up all the chairs in her house, the team camped out in her living room for hours to hold what Van Dahlen called what-if sessions: What if they could get the Department of Defense on their side? What if they could network with smaller mental health organizations?

Over time, as Van Dahlen pitched Give an Hour at the continuing education workshops she attended, more and more clinicians signed up. By 2012, Give an Hour had partnered with not only the Department of Defense, but also dozens of other organizations, including the American Psychiatric Association, the Wounded Warrior Project, the United Service Organizations (USO), and the military-backed relief organization Team Rubicon.

With its nationwide reach, Give an Hour is the largest pro bono service provider of its kind. But many other smaller organizations focus on underserved populations that can’t afford therapy fees. They offer therapists in private practice a chance to reach out to clients with problems that generally plague poor communities—joblessness, addiction, and the perpetual struggle to put food on the table—issues that don’t often come up in practices with more solidly middle-class clients.

While the organizations that provide free therapy may have similar missions, they remain split on how best to match prospective clients with clinicians. “Organizations like Give an Hour arrange meetings mostly through their online database,” says Barbara Anderson, the executive director at the Pro Bono Counseling Project, which instead uses a mandatory 30-minute telephone interview with one of its six staff clinicians to pair clients with an appropriate therapist.

“While technology works wonders,” Anderson adds, “thorough mental health care demands a very personal relationship with the people we serve.” Unlike Give an Hour, the Pro Bono Counseling Project also conducts assessments with clients one, three, and six months into treatment to track their progress and ensure all needs are being met—another hands-on measure Anderson says is crucial to providing the best possible care.

In response, Van Dahlen says that using an online database, rather than a team of in-house therapists providing regular oversight, stems from the principle that treatment works best without outside interference, provided both client and clinician are well-educated about what the therapy process generally looks like and have a template for treatment and good rapport. There isn’t a one-size-fits-all approach to providing good therapy, she adds, noting that there’s much we still don’t know about why certain approaches work for some but not others. “We’re complex creatures,” she says. “How we connect, why we trust one another, and our willingness to have faith in a process that’s often hard to understand are all factors we can’t always predict, and we certainly can’t dictate or prescribe them. We’ve just always relied on dedicated therapists practicing their craft.”

For Van Dahlen, the success of Give an Hour can’t be measured in statistics or evaluations. While not every client rebounds as quickly or fully as the next, the vast majority make great strides, Van Dahlen says, even if that means just fixing an isolated problem or two. But most times, she adds, when veterans sit down with a Give an Hour clinician for their first session, they feel heard, valued, and cared for—often for the first time since returning home.

Today, Justin Constantine does inspirational speaking and advocacy work. He shares the story of that fateful day in Iraq, the uphill battle that followed, and the therapists who made his recovery possible with veterans who are working through their own mental and physical rehabilitation.

In 2015, he gave a TED talk called “You Are Stronger than You Think.” “I can’t see out of my left eye, I can’t run anymore, and I’m missing most of my teeth and my tongue,” he told the audience. “I also suffer from posttraumatic stress and traumatic brain injury. But you know what? I’m the luckiest person you’ll ever meet. I’ve learned that through inner strength, humility, and a victorious spirit, we are all capable of doing amazing things.”

This excerpt comes from “Extending the Circle of Care” by Chris Lyford. The full version is available in the May/June 2016 issue of Psychotherapy Networker, “Unexpected Gifts: Six Master Therapists Recall Their Most Unforgettable Sessions.“ An LGBTQIA+-friendly practice isn’t the same as an LGBTQIA+-informed one... 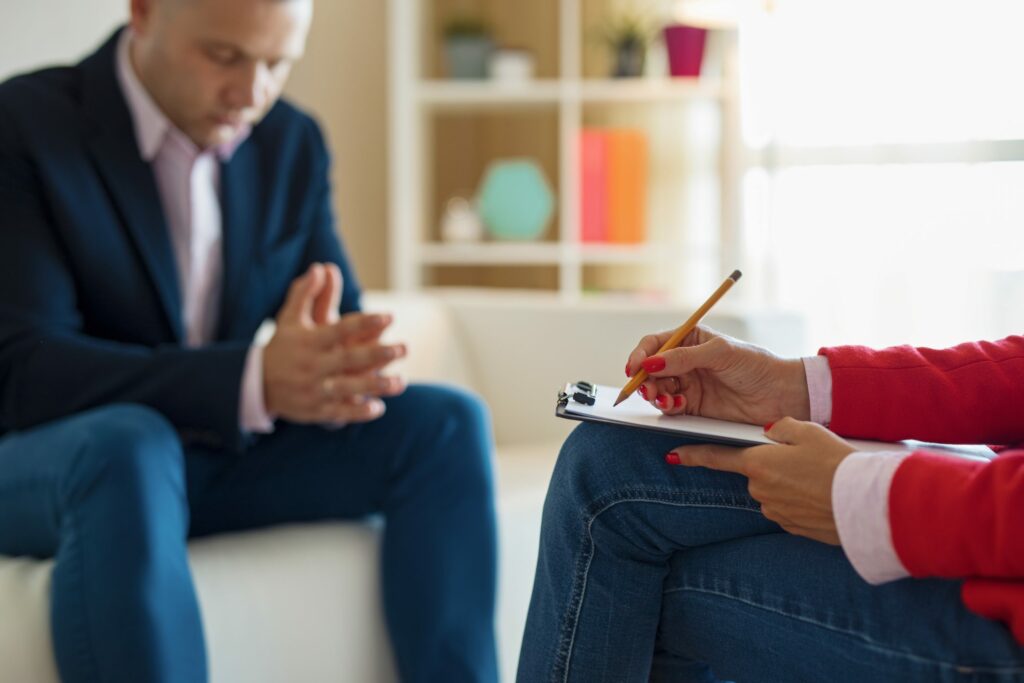 Telehealth has opened up new doors for therapists to hold online sessions... 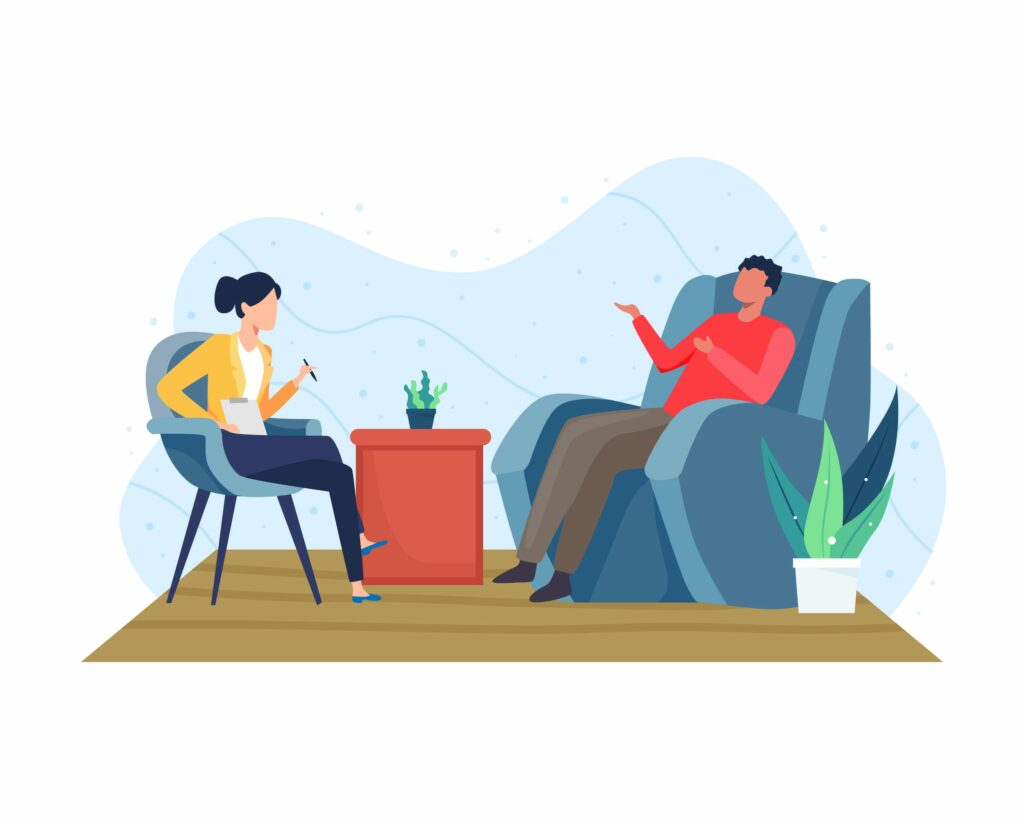 Tips for new therapists on growing a private practice