As the country awakens to the incontrovertible racism and systemic imbalances affecting Black or Indigenous bodies of color (BIBOC) today, we in the therapy world face our own reckoning around the accessibility and relevance of mainstream treatment for clients of color.

Therapy remains an overwhelmingly white field, and therapist Resmaa Menakem believes that for there to be true understanding and change in the field, practitioners will need to address the idea of white body supremacy and its longstanding impact on the minds and bodies of people we see, including Black and Indigenous and other bodies of color.

A specialist in trauma, body-centered psychotherapy, and violence prevention, Menakem authored the bestselling book “My Grandmother’s Hands: Racialized Trauma and the Pathway to Mending Our Hearts and Bodies,” which illuminates the intergenerational effects of racism on individuals and groups. Here, he explains the ways we carry that racism in our bodies, and how somatic work can be harnessed to confront its effects.

Ryan Howes: What inspired the way you use body-centered therapy in your work with people of color?

Resmaa Menakem: My mom always tells me that from the moment I was able to walk, I’d go right up to people and lean into them, or raise my hands for them to pick me up. I was never afraid of approaching anyone. This scared her, but she also noticed how unique it was.

The therapy and healing work I do is tied to that affinity I’ve always had for others. I believe that to be able to do healing work with trauma, especially racialized trauma, you have to either have, or develop, a vulnerability and a felt sense not just for what people are saying, but for the resonance and dissonance between them and you. Sometimes you learn this felt sense from other people. But sometimes you get it because you’ve gotten to your own suffering edge and are able to notice others’.

How did you happen upon the intersection of somatic trauma and race work?

I think the field makes it appear as if these are two distinct things, but they’re not. I first recognized this while in Afghanistan helping military contractors navigate around the really difficult kinds of things they were witnessing: hangings, shootings, suicides, and rapes.

I was responsible for 53 bases, and if one of them got hit, I’d go there to process the impact with people, then decide whether they were too traumatized to stay in the country, or if there were things that we could do to help them work through what happened.

Living in that environment, I had to deal, like everyone else, with unrelenting 121-degree heat, the sounds of helicopters and missiles, and the constant smell of feces in the air. It was overwhelming. I survived it by losing myself in my work of trying to help people, but I never paused to process it myself. In fact, my body got so acclimated to it all that when I went home, I felt off. And without telling my wife, I reupped. When I finally came home for the second time, my own trauma came out anyway.

I was dealing with a lot of suicidal feelings and rage, and one of my trauma therapist friends made me work with her. We started to patch together my experience in Afghanistan with being in a Black body in America, and watching my grandmother go through painful things when I was younger. This started me on the road to grasping how trauma is actually an embodied sense. And as I started unwinding my own stuff, I could see how it all applied to the collective, which became the impetus for my book “My Grandmother’s Hands.”

There’s so much compounding trauma. How do you wrestle with it?

When people are traumatized, they’ll often think, What’s wrong with me? or Why is this happening to me? But it’s not always so personal. There can be so many other factors to consider, especially when we’re talking about marginalized Black or Indigenous bodies.

I talk about historical, intergenerational, persistent institutional, and personal trauma theory (HIPP). You might think you’ve assuaged your trauma because the weight of it lifts a bit when you address your singular experience. But when it feels like there’s more there, I believe that “more” is made up of the things that our ancestors couldn’t heal. These show up in our bodies as notions, urges, or longings. Part of my work is helping bodies of certain cultures work with the compounded weight of trauma.

You often use the terms “white body supremacy” and “Black body” in relation to trauma. With that focus on the body, you’re changing trauma from an abstract notion to something visceral.

There’s this idea that if we just do this or that intellectual intervention, we’ll be able to handle the racism and white body supremacy that’s been with us for generations. But that’s not how I’ve seen healing play out in the bodies of people that I work with.

If we keep talking about it from a distance and create ways of managing and overriding the visceral brutality and horror of it, then we obscure reminders of the actual impact of the trauma. Over time, that trauma begins to look like personality traits, family traits, cultural traits, rather than what it is—trauma.

Let’s say my mom or my dad had some type of trauma. Even if I don’t know what it is, by the time it gets to me, I’ve been conditioned by what their bodies recoiled from and leaned into, aspects of who they are that may have been shaped by the trauma. We may not ever know why they recoiled or leaned, but we know we need to pay attention to it because it’s important. Maybe they’ve been shaped by their mama’s mama’s mama’s mama’s trauma, which never got contextualized. Trauma is transmitted intergenerationally through mim­icking and urges.

Slowing it down like this allows them to work with it as opposed to just getting sucked into the vortex nature of it all. But it has to start with the practitioner providing the right container for it. When we say, “Let’s talk about race,” and wonder why people don’t come back to those conversations again, we haven’t accounted for the reality that the idea of race actually has a 500-year-old charge to it. The moment we landed in this world, the charge showed up, and we haven’t developed a container by which that charge can be metabolized.

That charge has to do with white body supremacy?

There was a time when the idea of whiteness didn’t exist. You begin to see it in America in the 1600s, right after Bacon’s Rebellion, when European and Black indentured servants rebelled. The terms went from “merchant” or “landowner” to “white person.” After that, the white body became the standard of humanness, which is subsequently enforced by law, the military, science, art, and education.

So when I’m talking about white body supremacy, what I’m saying is it’s not the shark—it’s the water. And when I talk about the idea of somatic abolitionism, it stems from the idea that the white body continues to deem itself the supreme standard by which all humanity shall be measured.

These pieces aren’t something you could just extricate by being kind to a client. No amount of intellectual gymnastics will allow us to move through it.

When they’re doing trauma work, some somatic practitioners might say, “Where do you feel that in your body? What is your body trying to tell us? How do we embody racial messages?” Is that what you say?

I love the work of Somatic Experiencing practitioners like Pat Ogden and Peter Levine, but you’ll notice that they often stay in the personal realm, and now they’re trying to retrofit the idea of race or racism as a trauma into it.

In my work, I start with the rubric that the white body deems itself the supreme standard by which all bodies in humanity shall be measured. I don’t try and find out how racism has affected my clients; I already know it has.

Take, for example, a Black body I’m working with who keeps doing something with her hips. I might help this body bring some context into what’s showing up in the hips by keeping in mind she’s descended from 250 years of rape, brutality, and having her children sold. I can help her understand that her psoas muscle, which mobilizes the top and bottom parts of the body to get us out of danger or to fight, might be locking down because fighting or running might get you or your people murdered.

Beyond this awareness, I do a lot of pacing and asking what she’s noticing or experiencing. Sometimes becoming aware of what’s in her hips will produce an activation, or what I call a somatic elicitation. I then wait for what shows up after that. Maybe the cadence of her speech picks up. I may say something like, “Pause, just pause.” Then, “I got you. You’re not holding this by yourself.” At this point, things are going to start to vibrate back and forth and emerge. I keep in mind that a lot of that energy is communal energy, and I’m there holding it with that body.

What outcome do you look for here?

I’m looking for more room created in the nervous system. Is there a flow they can hold on to, or is it fleeting? Can they lean into cultivating this resource, or do they snap right back into constriction? Historical resources, intergenerational resources, and primal resources are available to them.

Is there a time when race is not an issue in therapy?

No. When people tell me “I’m not racist,” or “I haven’t been affected by racism,” I look at them like they’re from another planet, because this stuff was in the soil before America became America. How have you been able to extricate yourself from that, and the brutality of its structural manifestations?

It sounds like this work has to be done on a larger scale, beyond individual therapy.

Yes. Ultimately you have to do both individual and communal work, which has to take every body into account. When we learn together how white body supremacy shows up, and we begin to abolish it on a somatic level, we can all start to develop a more embodied culture. That’s when we’re getting somewhere. 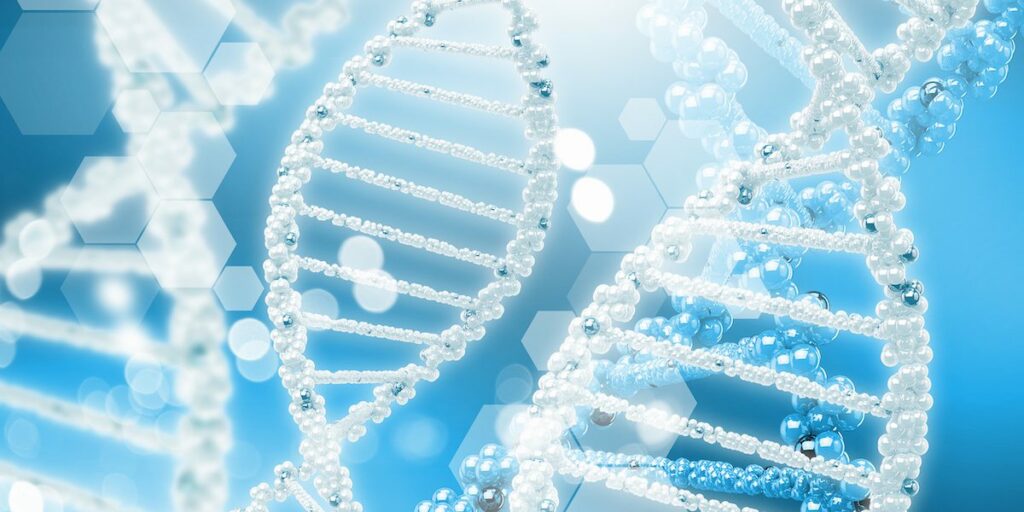 Research suggests the trauma of past generations may be passed down and can...