How to Break a Bad Habit, Once and for All I have a really bad habit of wasting time looking at my phone. I look at it for an hour in the morning, and for several hours at night.

I can’t seem to break the habit and have no idea why it’s so hard. I’d rather be spending my time doing something more productive—like exercising, reading books, or painting.

But I just can’t seem to look away for any consistent period of time, no matter how hard I try to force myself to break the habit. What gives?!

What Exactly is a Habit, Anyway?

If you’re one of the many people who struggle to manage their phone use, you’re as human as the rest of us. It’s a hard habit to break.

A habit is a routine of behavior that’s repeated regularly, and often unconsciously. Research has shown that about 40% of the tasks and activities people do every day are repeated daily in almost the exact same situations, usually while thinking about something else.

Almost everyone thinks they have at least one “bad” habit. We may not be fully aware of how or why they show up in our lives, but there’s always a reason behind them. They may be formed as a result of how we’re brought up, how we learn to interact with the world, how our brains are wired, how we tend to respond to emotions, or a number of other factors.

One of the biggest reasons why we struggle with changing our bad habits has to do with our hardwired hunger for instant gratification. We want that feel-good hit of dopamine, and we want it now. Dopamine is one of the pleasure-boosting hormones that encourages us to repeat a behavior again and again, so we can keep feeling good.

But bad habits don’t just come in the form of behaviors. The way we think can also be a bad habit. When thought patterns are mostly negative, for instance, psychologists refer to them as “automatic negative thoughts” (ANTs). Of course, it’s our thoughts that drive our actions and behaviors, so our thinking and behavioral habits are really all tied together.

How Do You Break a Bad Habit?

Breaking bad habits can be difficult because forming new habits to take their place takes time—something called the “habit-formation period,” which averages about 66 days. But it’s certainly not impossible.

Charles Duhigg, journalist and author of The Power of Habit, came up with a simple and straightforward strategy for changing bad habits. According to his theory, there are three main parts to any habit: the cue, the routine, and the reward.

Cues (or “triggers”) signal us to perform a habit. They come in many forms including actions, behaviors, thoughts, emotions, sights, sounds, physical sensations, scents, or tastes. A cue can even be just a specific time of the day. Here are some examples:

Action/behavior: When I open the kitchen cabinet (cue), I immediately grab a sugary snack (habit).

Thought: When I think about the future (cue), I procrastinate (habit).

Sight: When I see a notification pop up on my phone (cue), I pick it up to check it (habit).

Smell: When I smell cigarette smoke around me (cue), I immediately light up a cigarette for myself (habit).

Routines are how we perform habits. They’re the actual behaviors that result from our brains being triggered by cues.

Routines can be simple or complex. The examples given above are simple ones. A more complex routine, however, could be how someone prepares for work in the morning, which might include how they get dressed, what they eat, and how long it takes them to drive to work.

Rewards are how we reinforce habits, whether those habits are good or bad. If we enjoy doing something, or if we receive positive feedback when we do something, we’re more likely to do it again.

For example, people may eat junk food even when they are not hungry because they enjoy how it tastes or how it makes them feel. Remember, it’s all about that dopamine hit!

When you understand the cue-routine-rewards loop of a bad habit, you’re in good shape to start correcting it. The best way to break a habit is to substitute the routine with another behavior that provides similar rewards and does not produce unwanted side effects.

Take a moment to think about how you might describe the bad habit in layman’s terms to a friend. You don’t have to get too fancy. Keep it simple to start.

For example, “I smoke every time I drink alcohol” or “I check my email immediately after I wake up in the morning,” are clearly defined habits. If there are several actions involved that make it more of a complex habit, make sure to describe them too.

This represents the “routine” part of the habit loop.

2. Determine What Triggers the Bad Habit

Get honest about what’s really going on behind the scenes of your bad habit by asking yourself some of the following questions:

Your goal is to identify the cue that sets off the habit. You may find that there are multiple things—such as a certain time of day as well as a particular emotion you’re feeling—that trigger you to perform the habit.  Some cues can be removed, such as not taking the phone into the bedroom or turning off notifications.

3. Reflect on the Rewards of the Bad Habit

For instance, if you mindlessly browse social media for an hour when you get home, is the emotional satisfaction you get from it more valuable to you than spending that time doing something else?

4. Pick a Healthier Habit to Replace the Bad One

You can use your answers to these questions to help give you clues about what you’d like to experience instead. What rewards would you rather enjoy, and what kind of habit routine could achieve that?

For the most part, we really don’t like doing “work,” especially when it comes down to everyday tasks and activities. When it comes to picking a new habit to replace a bad one, your priority should be to practice it consistently—not necessarily to get results from it (although that will come in time).

Here are some ideas of healthy habits that can be scaled down or simplified when you’re just getting started with them:

5. Create an Action Plan for Your New Healthy Habit

Now that you’ve picked a new habit to replace the bad one, it’s time to use the cue, routine, and reward you decided on in the previous sections to work on shifting your bad habit to something healthier.

Now that you know what triggers the bad habit—a.k.a. the cue—you can learn to expect and anticipate it. Practice becoming aware of it right before it happens, as well as when it’s happening. How do you feel? What else do you notice?

Step 2: Pick a new routine to associate with the cue.

The more aware you are of the cue, the greater self-control you’ll be able to exercise over using it to trigger a new routine. For instance, if you always eat a candy bar on the way home from work, you could associate the cue of getting into your car with a routine of reaching for a handful of roasted almonds instead.

Your new habit has to have a reward for it to stick. Think about what you’re getting out of performing this new healthier habit. In the case of eating roasted almonds instead of a candy bar, the reward would be that you feel better because you’re avoiding a sugar crash.

What if Your Healthy Habit Doesn’t Stick?

The cue-routine-reward habit loop formula can be very effective, but it doesn’t necessarily work for everything. Not all bad habits are made equal. For instance, forgetting to floss daily is probably going to be a lot easier to fix than an addiction to drugs or alcohol.

If you find that you keep backsliding on your commitment to better habits, you may be dealing with more stubborn patterns of thought, emotions, or behaviors. This can make it hard to change how you relate to your environment and how you respond in situations. If this is the case, therapy might help.

Cognitive behavioral therapy (CBT) is one form of psychotherapy that focuses specifically on how your thoughts, feelings, and behaviors affect each other. You’ll learn to recognize how you think. Then, you’ll learn how this thinking affects how you feel and behave. As a result, you’ll be able to change negative thought patterns and habits into positive ones that help you grow as a person.

If you’re really struggling with one or multiple bad habits, you might just need a little extra help and support. Check out our directory of therapists to find someone who can really help you get to the root of the problem, and work with you on changing your bad habits once and for all.

Elise Burley is a member of the therapist.com editorial team. She has more than a decade of professional experience writing and editing on a variety of health topics, including for several health-related e-commerce businesses, media publications, and licensed professionals. When she’s not working, she’s usually practicing yoga or off the grid somewhere on her latest canoe camping adventure. 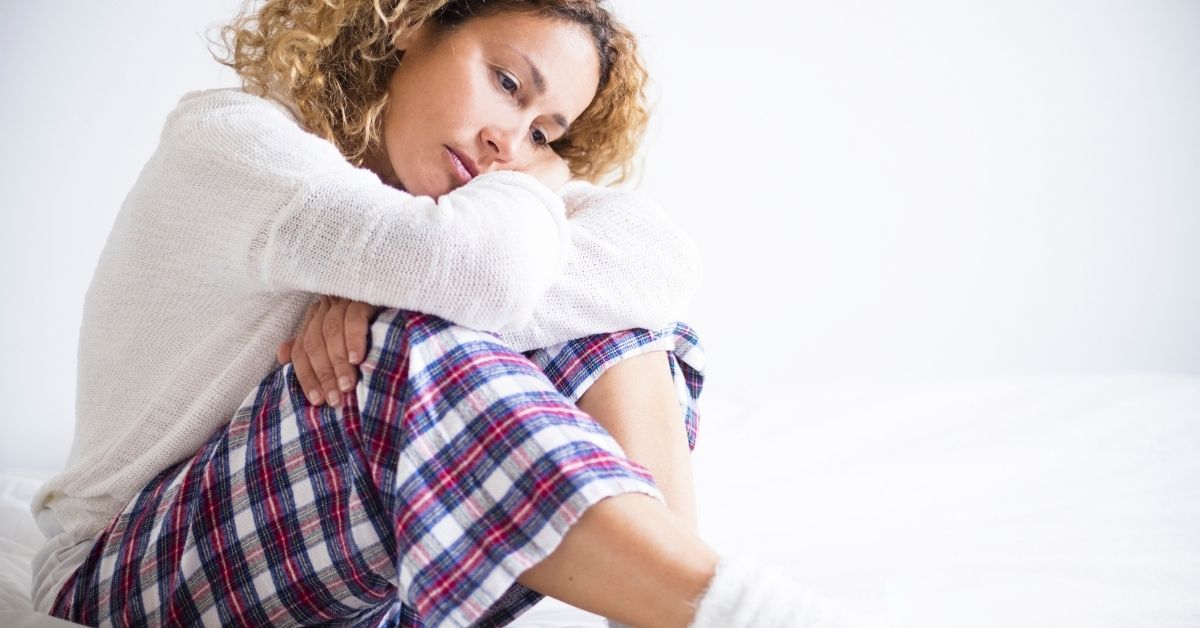 How to be more self-compassionate

You can learn how to practice self-compassion by challenging... Loving ourselves into safety

A cancer diagnosis, while devastating, can be a powerful...